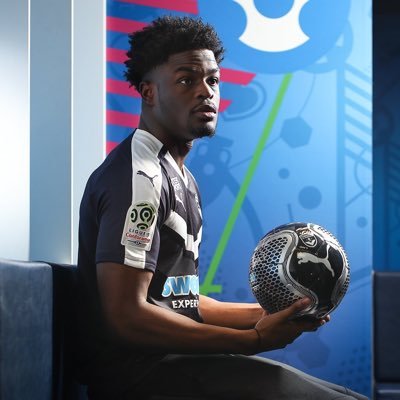 17 th of June 2020 will be a date to remember for all passionate
football fans around the country, and many outsides of England as
well. It marks the return of topflight English football after a 100-day
break when Michael Oliver blew his full-time whistle at the King
Power Stadium, after Leicester’s 4-0 thumping of Aston Villa on the
9 th of March. However even with the return of the beautiful game the
devastating effects for the lower-league clubs, players and
communities cannot be ignored.
It is clear that no club will come out of this pandemic in a better state
then they were when it began. For the incredibly wealthy
Premier League clubs such as Manchester United and Chelsea, the
loss of revenue will not be as much of a miss as it will for the less
wealthier clubs.
It has been more than 10 weeks since football has been played in
League One or League Two. For clubs that rely massively on
match day revenues, they have lost 12,13,14 days each of
opportunities to generate high income to help pay players and staff,
to keep the club running. Out of the 92 English football league
teams, League 2’s Macclesfield Town are ranked as one of the lowest
valued clubs, currently around £1.4 million. All players and staff
where placed on the furlough scheme very soon after the
postponement of the league. Only a month ago the club was valued
at £1.9 million, just 1 month of matches being cancelled has lost the
club half a million. The longer Macclesfield Town go without being

able to generate their match day income, the closer they will step
towards liquidation.
A massive question the players will currently be having regards
contracts. With many contracts coming to an end on the 30 th of June,
players will be without a club to play for if new contracts are not
signed. Players on loan will have their opportunities cut short, and
complications will come into place if loans need to be extended for
Premier League and Championship players who have remaining
matches to play.
Ajibola Alese, West Ham currently on loan at Accrington Stanley
(League 2)
“Unfortunately, due to Covid-19 it looks as though my loan will be cut
short meaning missing out on potential playing time. As the league
has not yet been curtailed it means that I am not able to go back to
train with my parent club West Ham. Meaning I am stuck in a
situation where even though highly unlikely, there is a possibility that
I could still have matches to play in the season. However, I have been
told by my parent club that I am in off season. So, it is quite a
confusing scenario especially not currently having access to training
facilities to stay fit”.
Covid-19 has also had major effects on football teams and players
outside of England, around all of Europe. We have seen the
Bundesliga and the 2. Bundesliga resume their leagues, which has
been an incredibly successful procedure with no confirmed cases
since their restart. However, some leagues have officially been
ended such as Ligue 1 and 2 in France, the Scottish Premiership, and
the Eredivisie in the Netherlands.
Josh Maja, Bordeaux (Ligue 1, France)
“With the pandemic that is going on, it’s allowed me to spend a lot
more time with my family that I haven’t had in the past. It has also
given me the opportunity to analyse and improve my game as well as

learn new things which will benefit me in the future. Of course, there
is the negative side to it which is the season being voided and not
being able to train and be in a professional environment every day.
However, it can always be worse so I’m grateful for life at the
moment and hoping to return to football as soon as it is safe to do
so”.
Levi Lumeka, Varzim FC (LigaPro, Portugal)
“Coronavirus has effected a lot of people, but for me personally the
way it has affected me, is that I was in a good run of form and I had
targets in the beginning of the season but because of the coronavirus
I haven’t been able to reach them”.
Players have had to find their own ways to maintain a high level of
fitness, to keep them in shape for when they return back to training
and fixtures. With gyms and training facilities closed players have
had to use spaces in their own homes to keep up their strength and
endurance.
Jeremy Ngakia, West Ham (Premier League)
“Covid-19 prevented me from carrying on the momentum and form I
was showing just before the break. It was a break though moment in
my career and has also meant that I have had to aim to maintain a
certain level of fitness. It also feels strange training without contact
initially and also being tested so frequently”.
Ngakia was emerging as a first team regular for West Ham with four
starts on the trot, facing Liverpool twice, Southampton, and Arsenal
before the break. Ngakia also mentioned the regular testing of the
players, which we expect to see a lot of in the foreseeable future as
football starts to regain its normality.